Mr Franklin said sport is central to the lives of so many people on the North Coast, and this new facility will support the communities sporting endeavours.

“The two indoor courts which are part of the new Ballina Coast High School will provide a top class sport facility for the school’s students,” Mr Franklin said.

“The $3.5 million in funding announced today will mean our community can have access to two additional indoor courts at the school site.

Mr Franklin said that in addition to the indoor courts, the centre will include a spectator area, an operations room, storage rooms, an administration office, meeting space, a kitchen space as well as change rooms and amenities.

“Ballina Mayor David Wright and the Council have worked incredibly hard for many years to develop this project and to find the ideal location. I am thrilled that the NSW Liberal & Nationals Government can help bring the project to life,” Mr Franklin said. 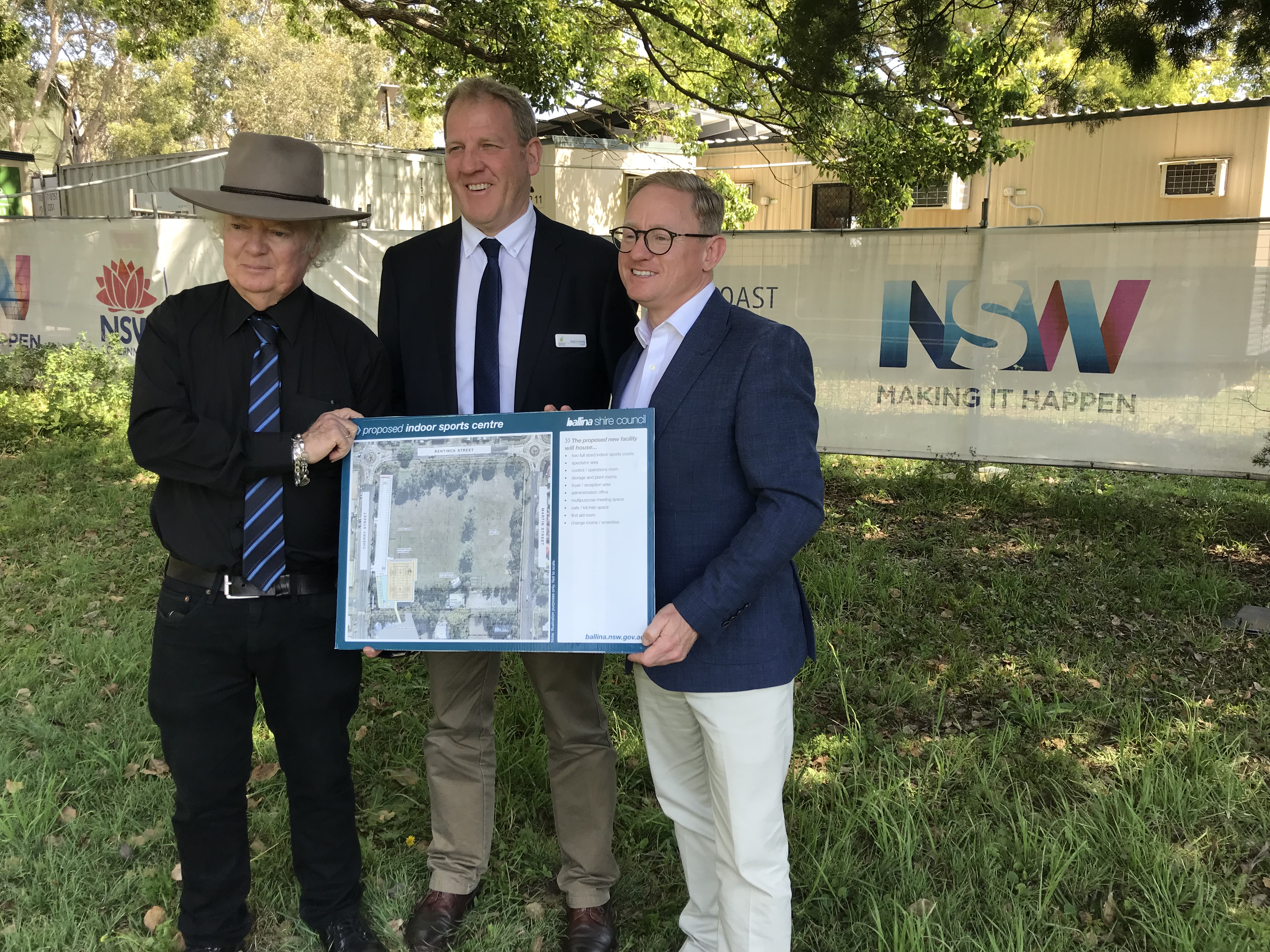