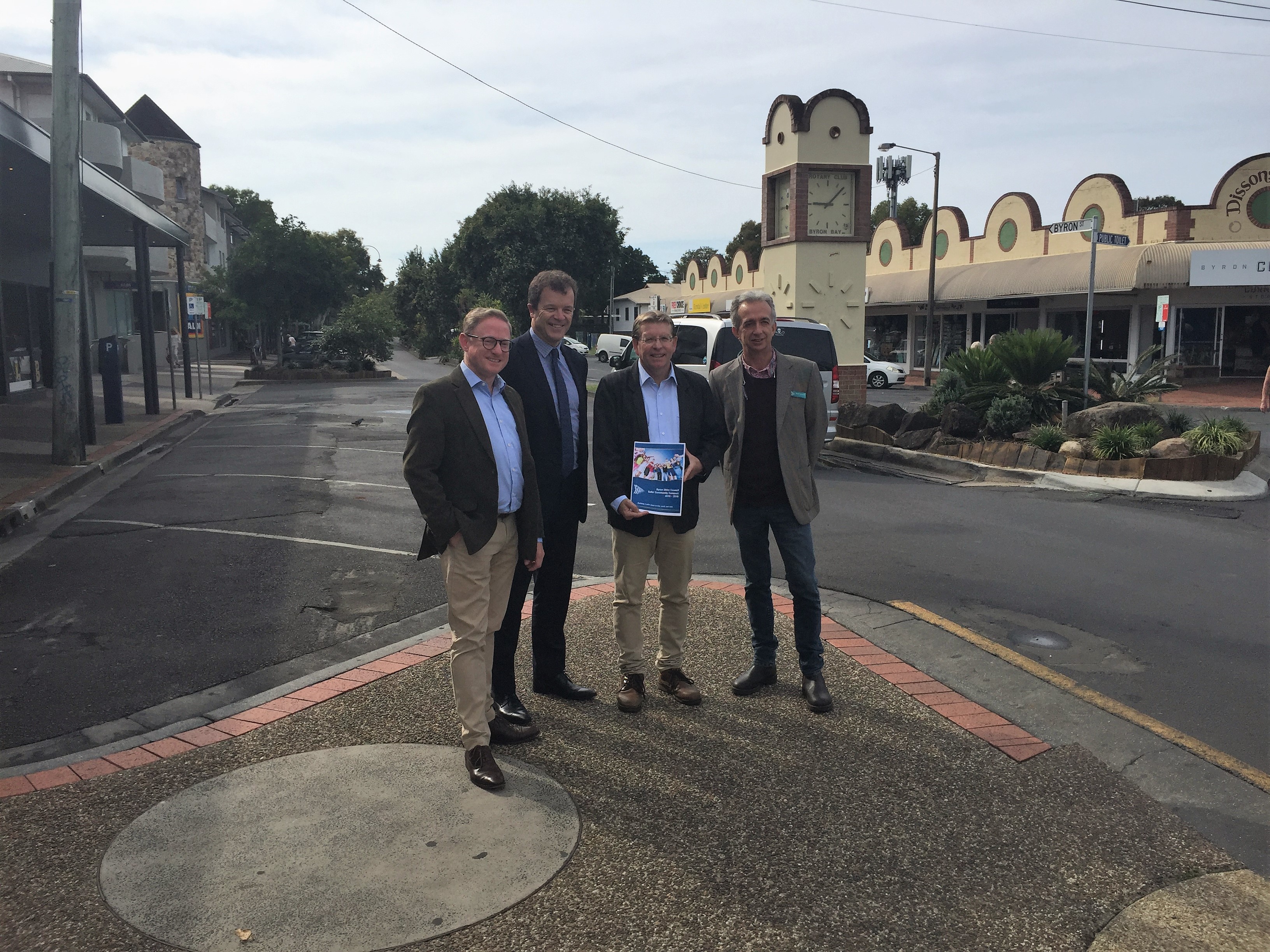 The NSW Government has awarded $75,000 to Byron Shire Council to improve lighting in Byron Bay’s entertainment precinct, as part of an ongoing project to reduce alcohol-related violence.

“Improving lighting in one of the darker sections of Byron Bay’s main street will discourage drunken violence and other anti-social behaviour,” Mr Franklin said.

“It will also make it easier to detect criminal behaviour when it occurs so that offenders can be dealt with appropriately by the police and the courts.”

Mr Speakman said the NSW Government has provided grants to council over the past four years, which has resulted in extensive improvements to lighting in crime hotspot areas in Byron Bay’s CBD, including on busy streets and in car parks.

Over the same period, non-domestic violence assaults in the Byron Shire have fallen by almost 16 per cent, from 300 in 2014 to 253 last year.

“While significant inroads have been made in combating drunken violence, assaults are still happening too often in Byron Bay’s entertainment precinct,” Mr Speakman said.

“We want all locals and tourists to feel safe when they’re having a night out and high-quality lighting is critical to reducing concern about crime.”

The funding for improved lighting was provided under the NSW Government’s Safer Community Compact grants program which invests up to $1.35 million each year in grass roots projects to reduce crime.