Construction of the new purpose built Ballina Community Men’s Shed will begin soon, with $150,000 in NSW Government funding for the facility announced today.

Nationals Parliamentary Secretary for Northern NSW Ben Franklin joined members of the Ballina Men’s Shed to make the funding announcement which will go towards the construction of the new facility.

Mr Franklin said the Men’s Shed is a vital part of the community, which creates valuable opportunities for so many men in the region.

“But it is the social aspect – the mateship and comradery which makes this Men’s Shed so special. It is a space where men can go and not have to worry about issues they are facing in their daily lives.

“Men’s Sheds like the one in Ballina are one of the most powerful tools in addressing health and wellbeing and helping men to be productive and valued members of our community.

“That is why this Government wants to ensure the best facility for the members of the Men’s Shed and for the wider community utilise.

Mr Franklin said the new facility will mean members of the Men’s Shed will have a bigger and safer space to carry out more activities.

“When constructed the new facility will include a more flexible workshop, assembly spaces, storage and specialised woodwork and metalwork tools,” Mr Franklin said.

“But most importantly, the new facility will include a better kitchen space. We know that the conversations had over a tea or coffee are the most valuable part of the Men’s Shed community.

Team Leader for the Ballina Community Men’s Shed Graham Eggins said “We are extremely grateful for this funding grant announced today and for Ben Franklin’s incredible ongoing support for the Shed.”

“It has been the turning point in the long and winding road towards securing the facility the community so desperately needs. Construction of a fully operative stage one can now commence.” 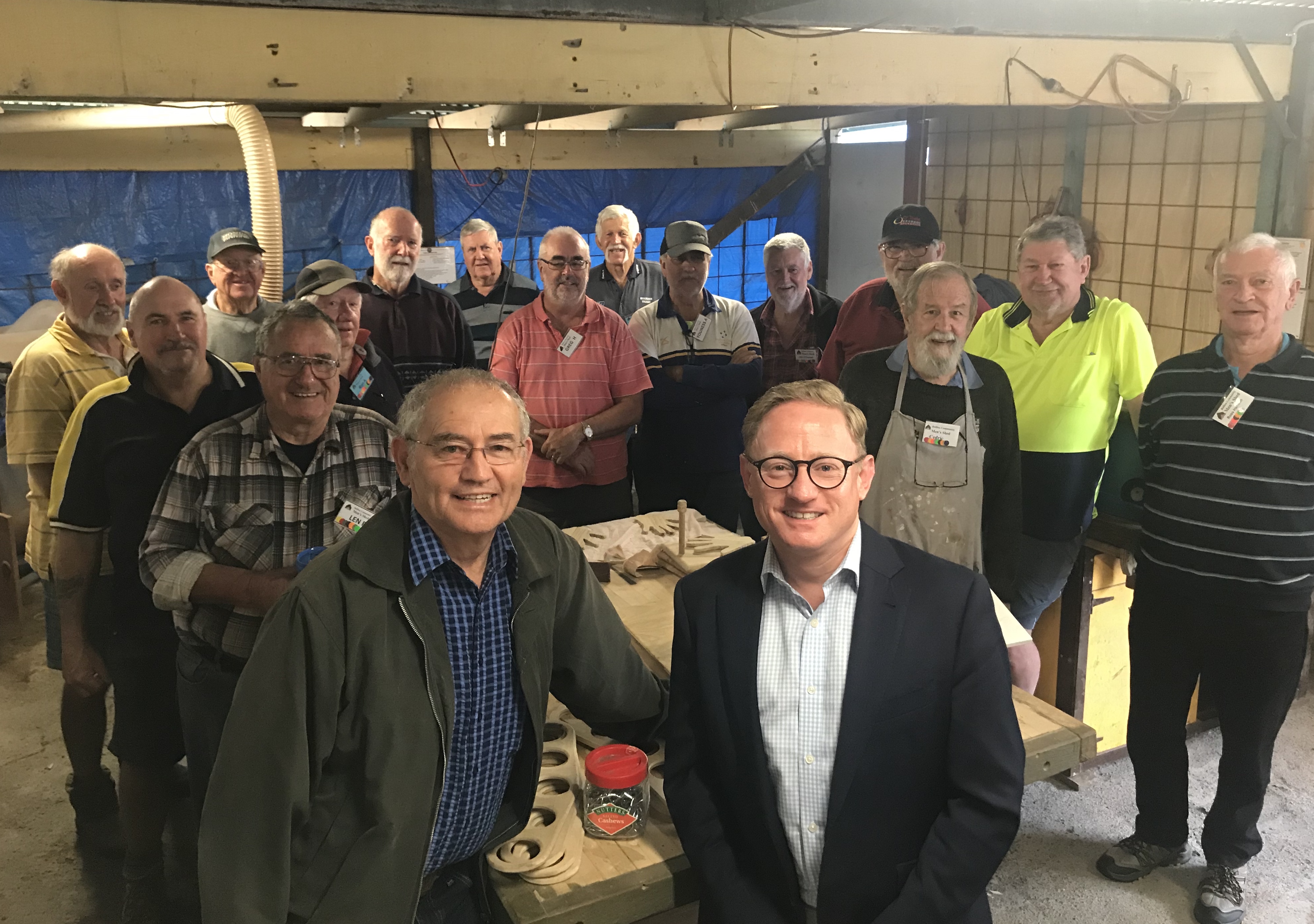