Mr Franklin said the project will ensure the local community has access to power during outages and emergencies such as storms and floods when the club is used as an evacuation centre. 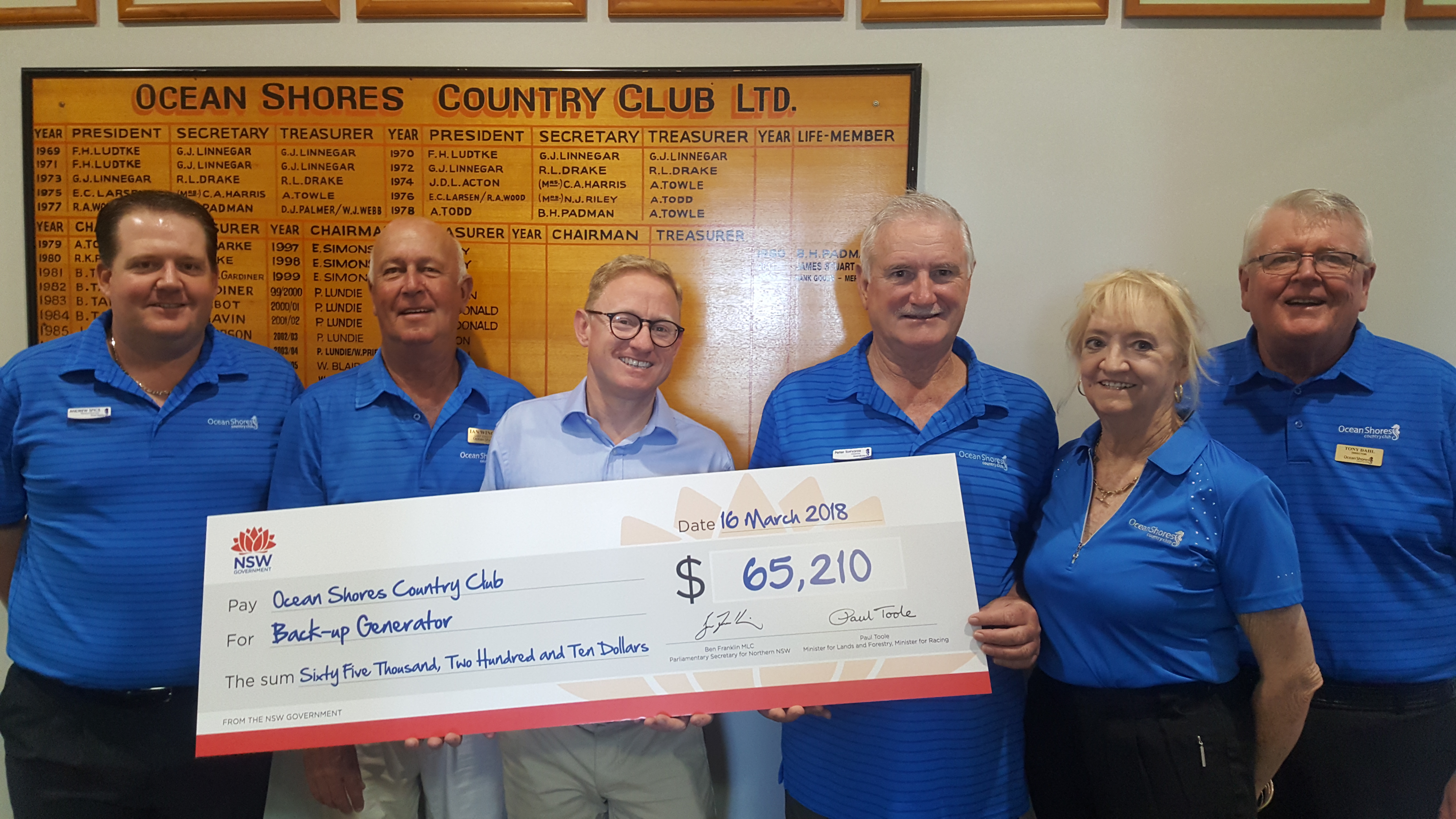 “It has been almost a year since major flooding devastated our North Coast communities. The Ocean Shores Country Club was a vital evacuation centre during the flood period. However, a 14 hour power outage hindered the facilities and services at the centre,” said Mr Franklin.

“We want to ensure that this is not repeated. The back-up generator will allow the Club to operate as a fully powered evacuation centre with a functioning kitchen, hot water and other necessities in the event of an emergency.”

“This will give local people peace of mind to know that they can use a fully powered evacuation centre if there is an emergency.”

“It will particularly benefit those most in need of care such as infants and the elderly.”

Mr Franklin said that preparation was a key factor contributing to how well a community handled a disaster.

“This funding will ensure the local community has access to power when disaster strikes.” Mr Franklin said.

“Electricity is something we often take for granted, but in an emergency it is a vital service and we don’t want those in need to waste valuable time searching for an alternative power source. The emergency generator will be an excellent addition to the Ocean Shores Country Club.”

The project is funded through the Clubgrants category 3 infrastructure grants program.