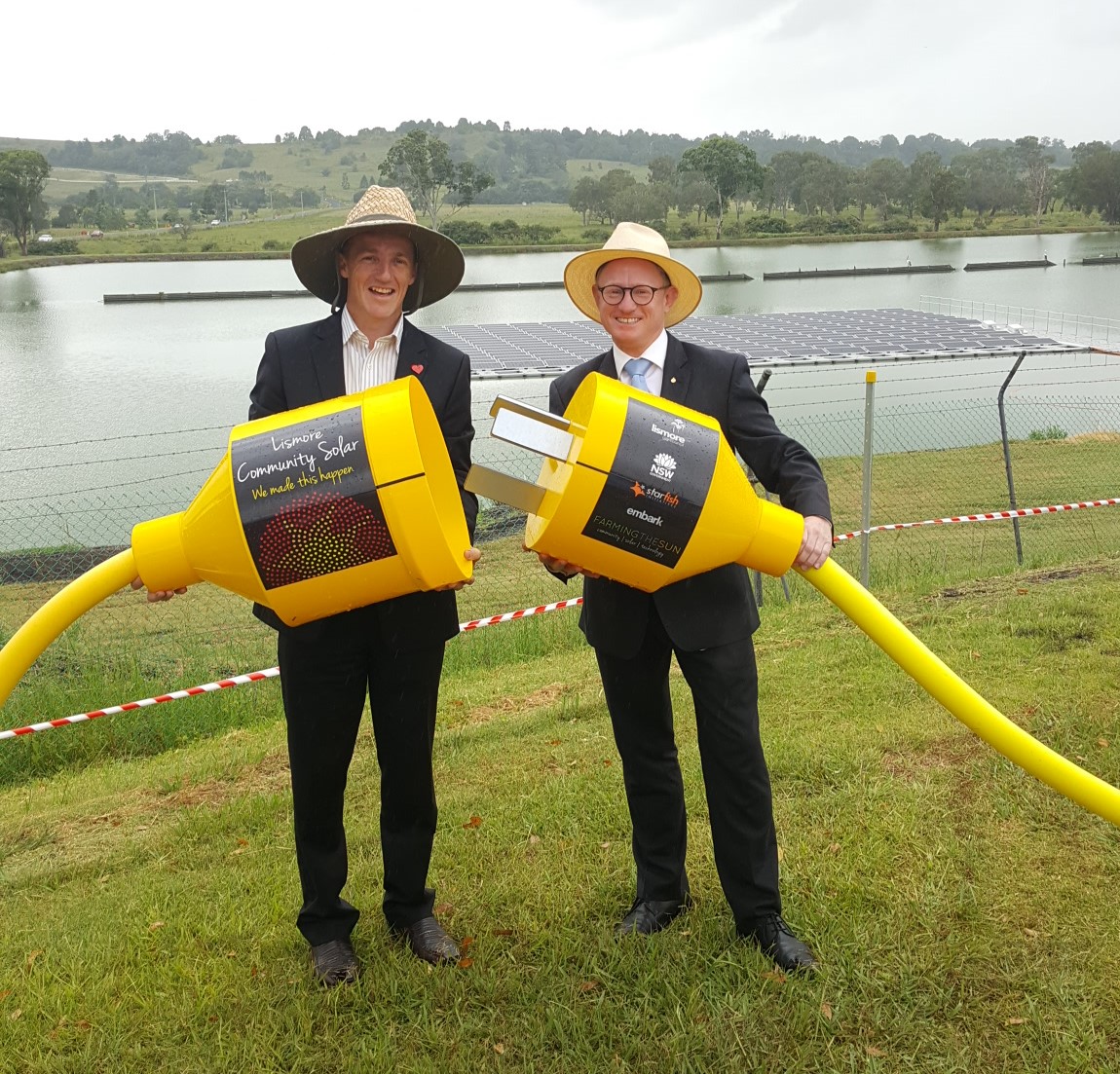 “It is setting a new precedent for how communities generate and utilise electricity at a local level,” Mr George said.

Lismore Council’s Mayor Isaac Smith said the concept is all about community and Council is proud to be leading the way and showing this unique model can work.

“Regardless of whether your motivations are environmental, financial, or both, these energy projects improve the reliability and stability within our shire of our electricity generation infrastructure.

“Both systems are installed in Lismore, with the floating system producing electricity using a 99-kilowatt advanced system built on overflow ponds at the local sewerage works covering around 12% of the plants total energy consumption.

“Combined with the second system installed on the roof of the aquatic centre, the new floating solar panels, will generate over 316 megawatt hours of power annually,” Mayor Smith said. 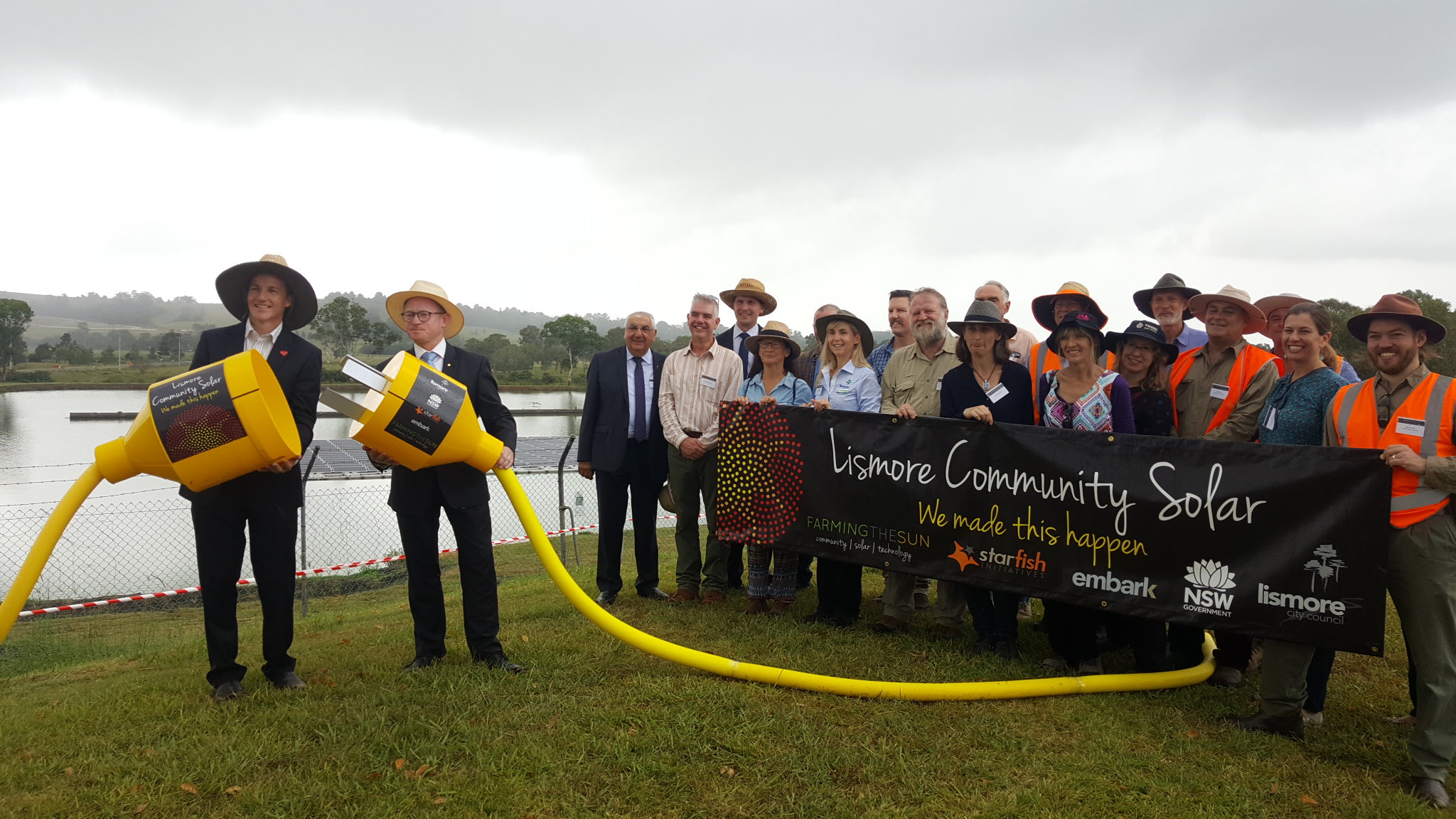