Nationals Parliamentary Secretary for Northern NSW Ben Franklin and Minister for Racing Paul Toole have today announced $100,000 in NSW Government funding will be invested to deliver an upgraded Ballina Tennis Club, with support from the Australian Sports Commission.

Mr Franklin said the $100,000 would allow the Club to upgrade the court surfaces and install new LED lighting.

“This project will bring all the club’s courts to tournament standard, help boost participation in tennis and cut power and maintenance costs,” Mr Franklin said.

“The new lighting and court surfaces will help complete the club’s upgrade ahead of building additional courts.

“The new lighting will ensure local people and visitors alike can train, play matches and hold tournaments well into the evenings.

“This funding for the Ballina Tennis Club has been made possible because of the strong advocacy of your local Nationals representative Ben Franklin. Ben knows how important sport, particularly tennis is for this community,” Mr Toole said.

“More than $50 million in funding is being provided through the Clubgrants Program during this current term of government for projects across sport and recreation, emergency preparedness, and arts and culture.”

The grants are funded by a contribution from the state’s registered clubs to reinvest profits from gaming machines back into community projects. 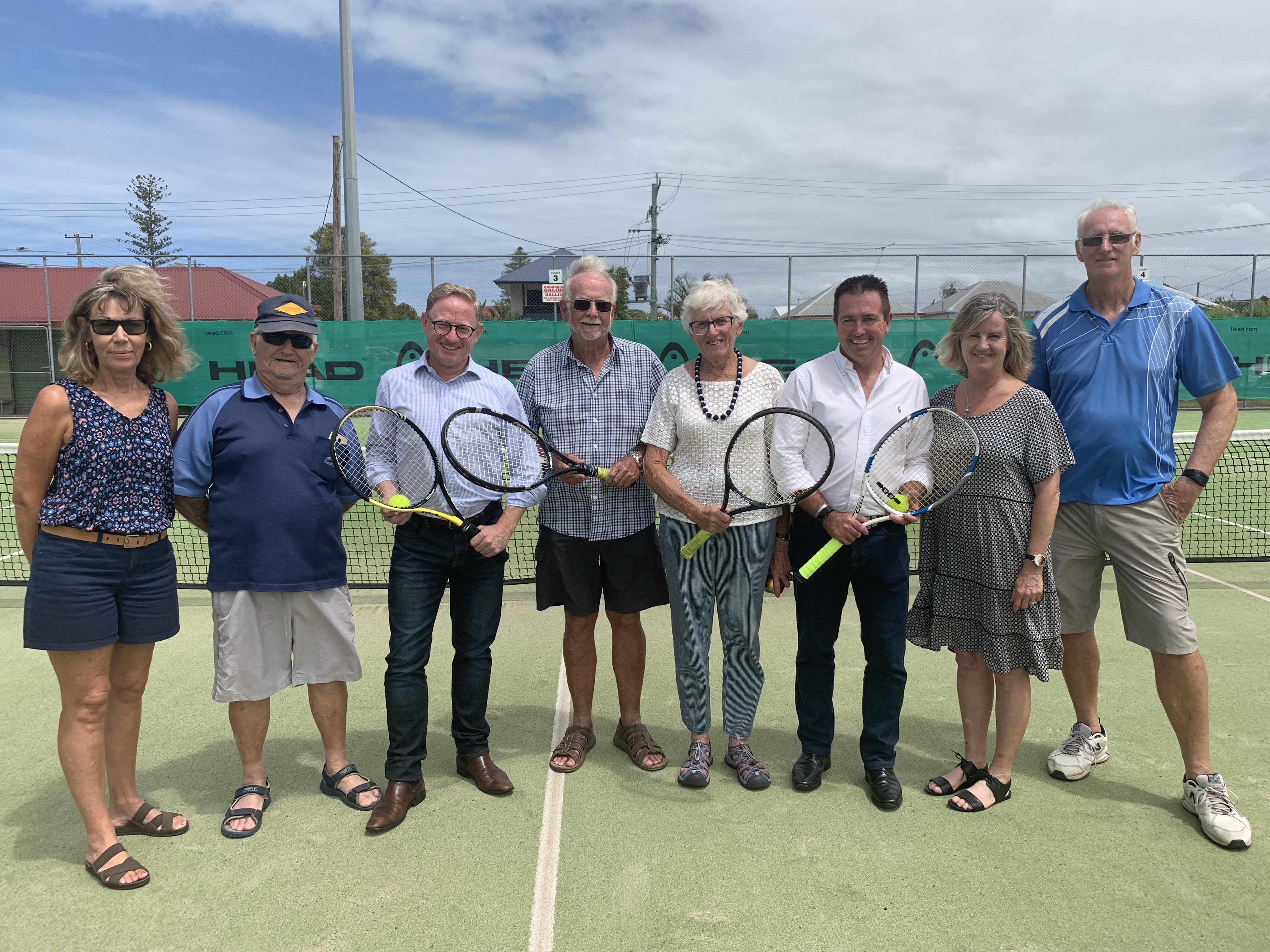