LAUNCH OF FIRST BILINGUAL SCHOOL OF ABORIGINAL LANGUAGE IN NSW 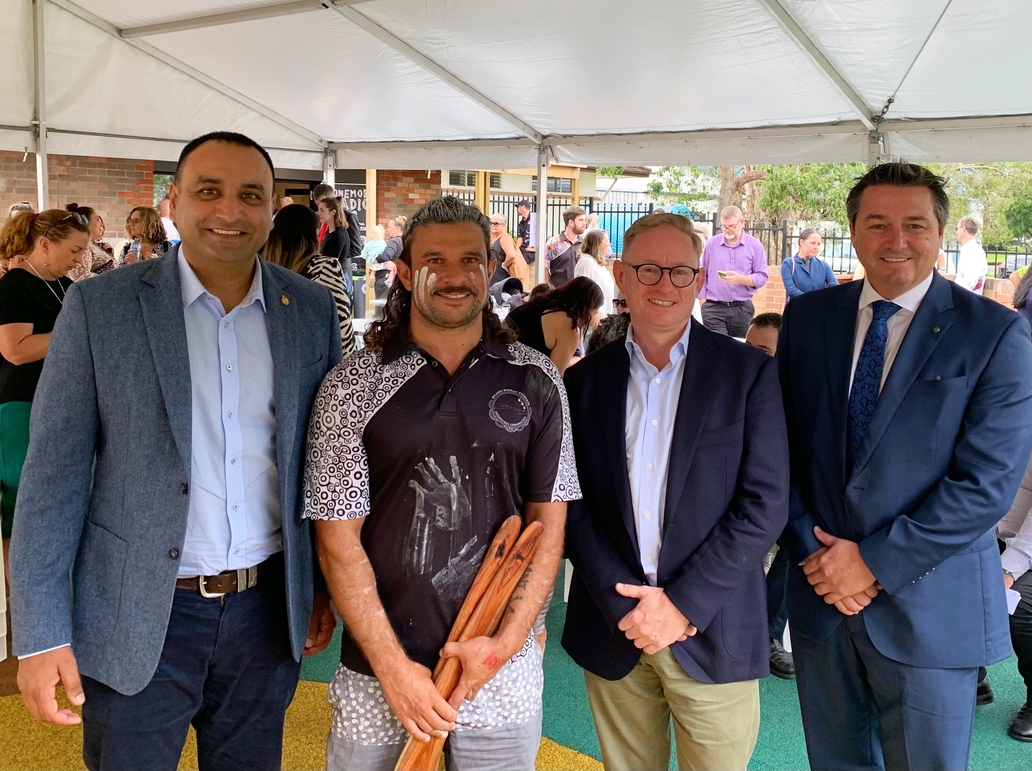 The NSW government is proud to support the official opening of Gumbaynggirr Giingana Freedom School (GGFS), the first bilingual Aboriginal school in NSW.

Minister for Aboriginal Affairs Ben Franklin attended the event and said the Gumbaynggirr Giingana Freedom School will provide students with a culturally safe, strengths and inquiry-based learning environment, where Gumbaynggirr children are immersed in their language.

“We know that a strong sense of identity and pride in culture can change the trajectory of a young person’s life, and the opening of this school is a significant achievement for the revitalisation of the Gumbaynggirr Language and for the education of Gumbaynggirr children,” Mr Franklin said.

Clark Webb, a Gumbaynggirr man, BMNAC Founder and Executive Officer, said the school was an important step in accelerating the BMNAC vision to enrich the learning experience through Gumbaynggirr worldview, language and pedagogy.

“We believe that when our children are strong in their identity – they engage much better in learning. Our work is grounded in building the cultural identities, strengths and learning capacities of our students so they are best positioned and supported to achieve education excellence,” Mr Webb said.

“The Gumbaynggirr Giingana school is an expansion of the work we have been doing in our community for the past decade. I’m incredibly excited as we realise this dream and grateful for the support of our community, partner organisations and sponsors who have chosen to walk this journey with us.”

Member for Coffs Harbour Gurmesh Singh also attended the event, and said the school is an important community-owned initiative that seeks to ensure the survival of the Gumbaynggirr language.

“The Gumbaynggirr language is considered endangered and on the verge of extinction. The opening of this school will bring with it increased awareness of Indigenous peoples’ rights to preserve, revitalise and promote their languages,” Mr Singh said.

The school receives financial support through the NSW Government and philanthropic partners the Paul Ramsay Foundation, through the Learning Lives, Strengthened in Culture program.