KYOGLE SHOWGROUND WORKS COMPLETED AND MORE FUNDING ON THE WAY 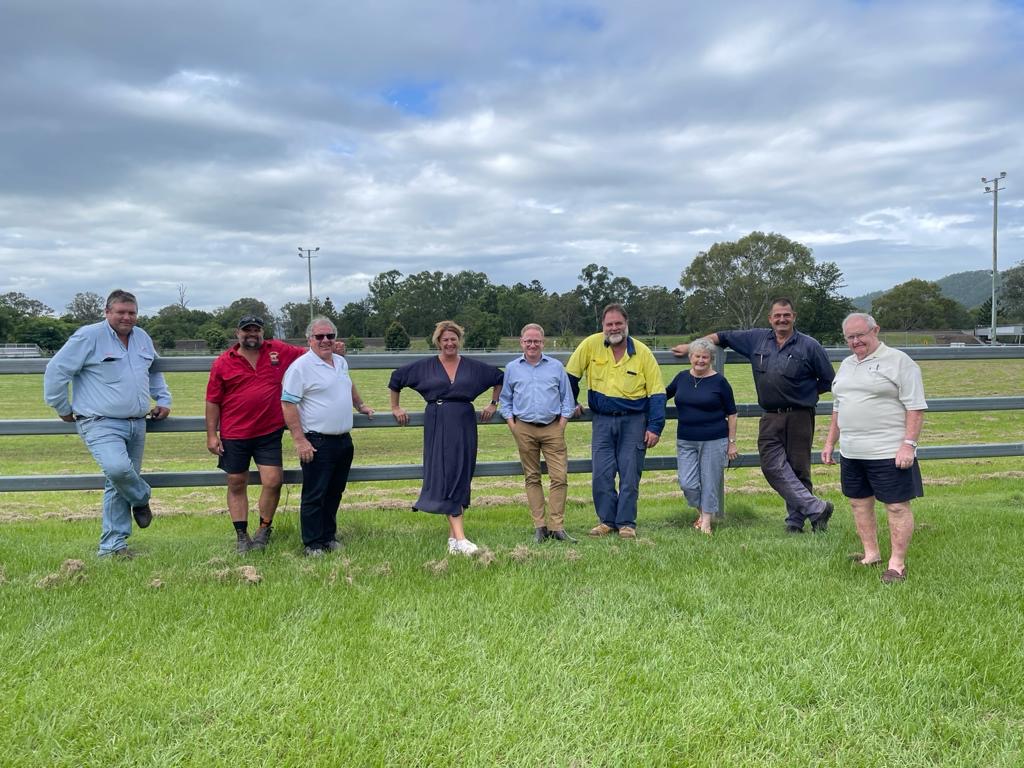 Local Nationals Member of the Legislative Council Ben Franklin today joined Minister for Water, Property and Housing to see the completed upgrades at the showground which were made possible by $427,535 in funding from the NSW Government.

Mr Franklin and the Minister also announced a further $35,000 in funding for the Showground and were joined by members of the Kyogle PA & H Show Society.

Mr Franklin said it was great that many upgrades at the Showground had been completed and that further funding is on its way.

“The $427,535 in improvement works have now been finished at Kyogle Showground under the showground safety upgrade program to improve safety and strengthen its infrastructure for the future,” Mr Franklin said.

“Other improvement works have included replacement of sewer piping and raising of the handrail on the timber grandstand to make it safer for showground users.”

“Our showgrounds are at the heart of our communities and this funding has come at a critical time as COVID-19 has disrupted activities that showgrounds rely on for their income,” Minister Pavey said.

Kyogle Showground has received $35,000 in funding through the Crown Reserves Improvement Fund to repair the drainage system on site, which will continue to ensure the safety of the grounds and complement the recent upgrades.

Kyogle Recreation Reserve will also receive $13,200 through this fund to support weed management in the area.

This is part of $51.7 million invested by the NSW Government through the Crown Reserves Improvement Fund to support 705 maintenance and upgrade projects on Crown reserves across the State