JURASSIC WORLD BY BRICKMAN® A BLOCKBUSTER HIT AT THE AUSTRALIAN MUSEUM 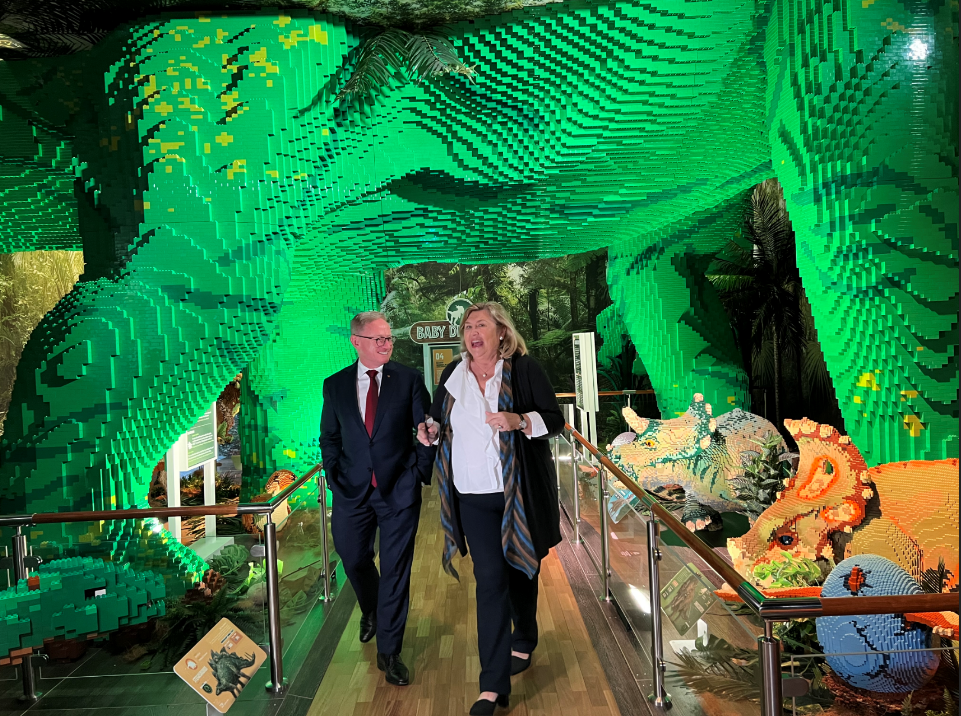 The Australian Museum has seen an incredible influx of visitors to its Jurassic World by Brickman® exhibition, made possible through funding from the NSW Government’s Blockbuster initiative.

In 2021, the NSW Government announced a $40 million four-year commitment to support the state’s major cultural institutions in attracting more international blockbuster exhibitions and play an important role in encouraging people to visit Sydney and stimulate the NSW economy.

A number of exhibitions have received funding through Blockbuster since the initial announcement, with more to be progressively unveiled. Funding of Jurassic World by Brickman® is part of the Government’s commitment to making the Arts more accessible for NSW families.

Minister for the Arts Ben Franklin said the funding increases access to arts and culture in the state and demonstrates how the NSW Government understands the significant value the arts bring to the economy and the social fabric of our society.

“The Blockbuster initiative has helped our iconic museums, galleries and performing arts centres secure standout shows for the people of NSW, and the exhibitions and events funded through this will delight people of all ages,” Mr Franklin said.

“The funding is boosting the state’s cultural offerings and is attracting local, national and international visitors to the city to enjoy the best Sydney and the state has to offer.

“It’s been a tough couple of years through the pandemic, and I encourage everyone to get out and enjoy everything the country’s largest arts and cultural institutions have to offer as these incredible exhibitions and events come to our great city.”

Since opening in early March, Jurassic World by Brickman® has already sold more than 120,000 tickets, with many attendees travelling to Sydney to visit the exhibition.

Family tickets have proven the most popular with more than 107,000 sold. A third of all ticket sales came from those living in Western Sydney. Most tickets were bought by those aged between 35 and 44, and nearly 70 per cent were female.

Australian Museum Director and CEO Kim McKay AO said the support from the NSW Government, combined with extended exhibition dates, will enable even more people to experience the magic of Jurassic World by Brickman®.

“Hundreds of thousands of people from across Sydney, NSW and beyond now have more time to book and experience this fun and interactive LEGO® brick exhibition, which is open at the Australian Museum until Sunday 17 July,” Ms McKay said.

“Later this year, we’ll be welcoming a new homegrown blockbuster exhibition, Sharks, to the Australian Museum for the summer season, and next year, Sydney will be one of only ten cities in the world to host the extraordinary Ramses the Great and the Gold of the Pharaohs exhibition at the Australian Museum with support from the Blockbuster funding.”

Families and curious children of all ages have provided rave reviews of the Jurassic World by Brickman® exhibition at the Australian Museum since it opened.

“It was the bestest thing I’ve ever seen and I’ve seen Jurassic World five times, so I know good things!” Elliott, a four-year-old from Kellyville Ridge said.

“The Brickman guy is a genius for making those LEGO® brick sculptures. The T-Rex and Jeep are the coolest things I’ve ever seen. I’ve told everyone at my school they need to go!” Lewis, an eight-year-old from Kellyville Ridge said.