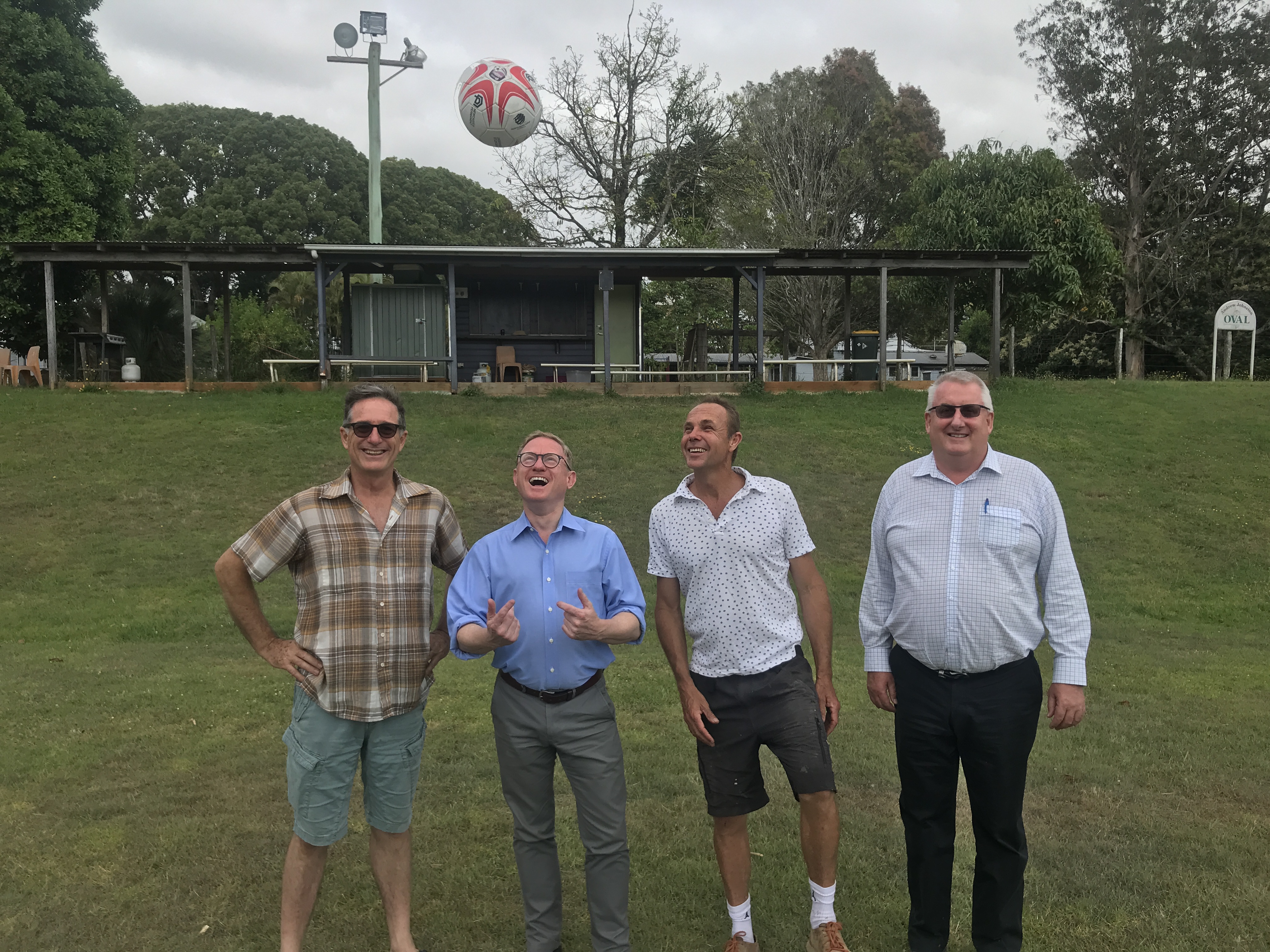 Nationals Parliamentary Secretary for Northern NSW Ben Franklin made the funding announcement which will see upgrades to Eureka Public Recreation Reserve and tennis courts at Booyong Reserve as well as the construction of a shared pathway between Byron Bay and Suffolk Park.

Mr Franklin said $500,000 of the funding will assist with constructing the planned shared pathway between Byron Bay and Suffolk Park.

“The shared pathway between Byron Bay and Suffolk Park will not only provide greater connectivity between the two communities, it will also create a safer, more accessible pathway for more people to cycle and walk,” Mr Franklin said.

When completed, the pathway will include dedicated crossing points across Broken Head Road and widening of the existing cycleway to include shared zones for pedestrians and cyclists.”

“Eureka Reserve is the heart of so many rural communities in the Byron Shire. It is the sporting hub for so many people, like members of the Eureka and District Sports Club,” Mr Franklin said.

“$75,900 of the funding announced today will go towards upgrading the facilities at the reserve including the construction of a toilet and change rooms, while also accessibility to the reserve.”

“The much loved tennis courts at Booyong Reserve will also receive a needed make over, with $59,340 in funding to carry out upgrades to the tennis courts.

“This funding will see the two courts resurfaced and the replacement of four net posts.

“This Government knows how important outdoor and sporting facilities are to this community, and that is why we have ensured this funding is delivered to communities in the Byron Shire.”