Deputy Premier and Minister for Regional NSW John Barilaro, and Minister for Primary Industries Niall Blair today announced that drone technology funded by the NSW Government has saved the lives of two swimmers at Lennox Head.

In December 2017, the NSW Government announced it would invest $430,000 in drone technology as part of a trial on the North Coast of NSW.

Mr Barilaro said today that investment paid off, when the technology was used in a dramatic rescue of two swimmers struggling in heavy surf at Lennox Head.

“This is a world first rescue,” Mr Barilaro said.

“Never before has a drone, fitted with a flotation device been used to rescue swimmers like this.

“It’s quite incredible to see that the NSW Government’s investment in this technology has already resulted in two people having their lives saved,” he said.

The rescue happened at about 11.30am, as lifeguards were preparing for a training session to familiarise themselves with the drones. Two men were swimming in powerful surf about one kilometre north of the flags at Lennox Head. A member of the public noticed the men were in trouble in the three metre swell and called lifeguards.

Mr Blair said the Lifeguard Supervisor, Jai Sheridan, who was also the 2017 NSW Lifeguard of the Year, immediately took action to pilot the drone towards the swimmers.

“The lifeguard in this scenario got the Little Ripper drone up in the air and guided it down the beach,” Mr Blair said.

“Using the drone, the lifeguard was able to spot the swimmers, and then drop the Rescue Pod into the water.

“Vision captured by the drone shows the Pod expanding, allowing both swimmers to reach it and grab hold of the device to help them stay afloat,” Mr Blair said.

Both swimmers were able to use the pod to make their way to shore, where they were met by lifeguards from Lennox Head who had raced to the scene.

Despite showing signs of fatigue, the two men escaped injury.

“It took only 70 seconds from when the Little Ripper drone was launched to when it dropped the pod into the ocean for the rescue, a task that would usually take a lifeguard up to 6 minutes to complete,” Mr Franklin said.

“This was an extraordinary rescue with the very best possible outcome,” he said. 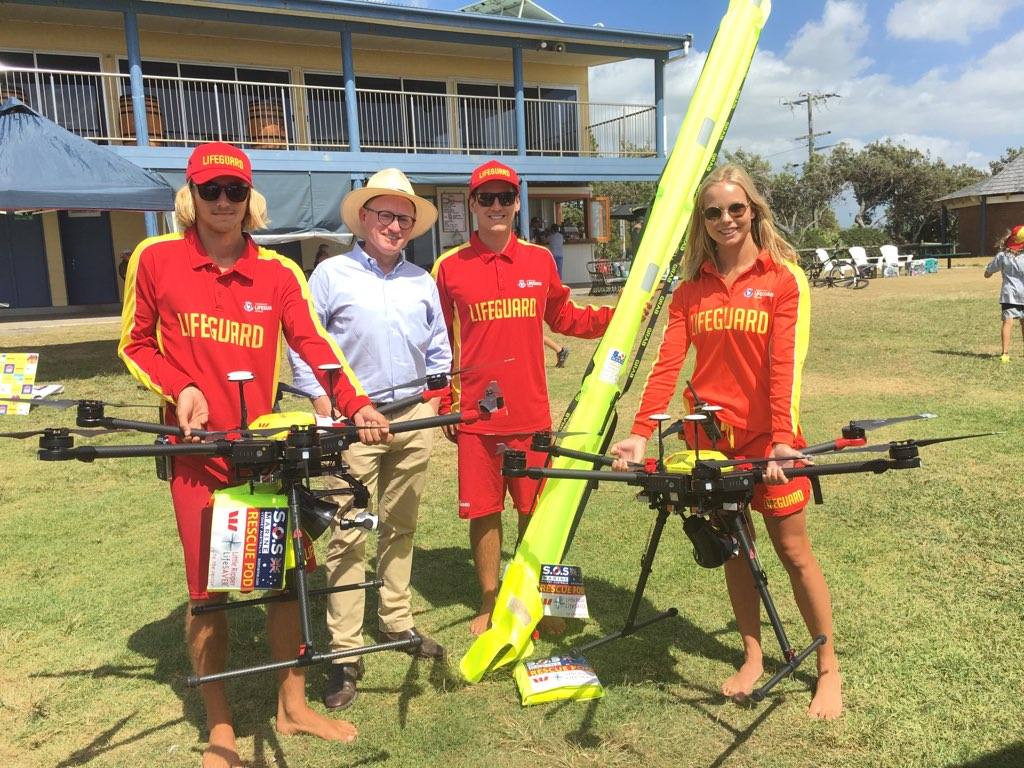 The reverse vending machine will be located at the Cavanbah Centre and will be online from today. 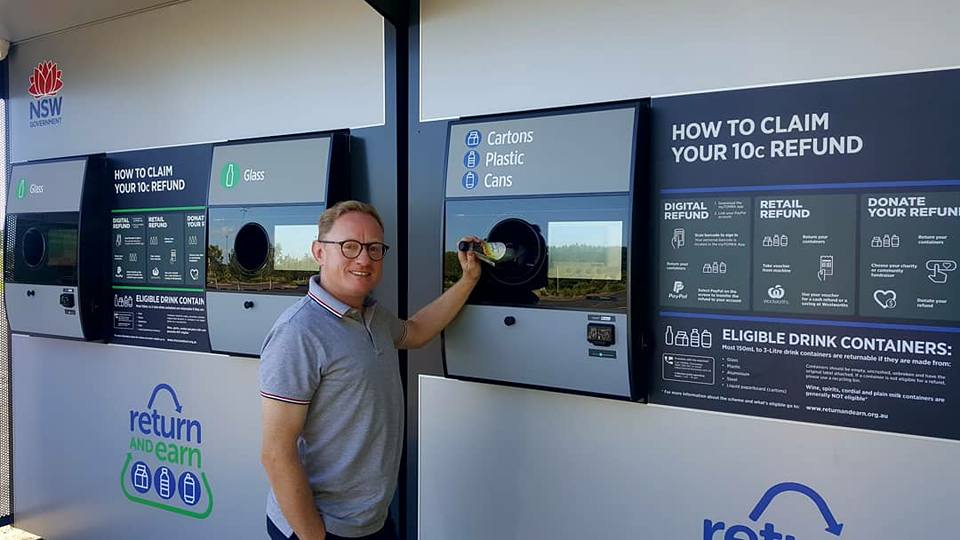 “People will be able to choose to donate their refund directly to charities, receive a docket redeemable for cash or an electronic transfer using PayPal at the machines.

“Return and Earn is the largest litter reduction initiative to be introduced in NSW, and now there are more collection points for people to be involved,” Mr Franklin said.

NSW Environment Minister Gabrielle Upton said the Byron Bay collection point was one of more than 425 operational sites across the state, with more to be rolled out in the weeks to come.

“There has been widespread community support for Return and Earn, with over 115 million containers returned across the state since December 1,” Ms Upton said.

Most drink containers between 150ml and three litres are eligible for the 10c refund. Containers should be intact (not crushed or broken) and have a readable barcode to be eligible.

For more information, including a full list of eligible drink containers, visit: www.returnandearn.org.au