Nationals Parliamentary Secretary for Northern NSW Ben Franklin today announced $9.5 million in NSW Government funding to complete construction of the $24 million Byron Bay bypass that will cut traffic congestion in the town centre and grow tourism in the region.

Mr Franklin said the grant will accelerate delivery of a new bypass to connect Shirley Street to Browning Street, reducing traffic queues on Jonson and Lawson Streets and congestion that creates long delays for both local workers and tourists.

“There have been questions about the funding and I’m pleased to today announce the final $9.5 million in NSW Government funding needed to complete this project,” Mr Franklin said.

“This is a critical project for the Byron local economy, it will help people get to work quicker, residents can get their shopping done faster and there will be less traffic strain on the Byron CBD.

“It’s a win-win for the community of Byron Bay and for the greater Northern Rivers region, which depends so much on tourism for economic growth and employment.”

The grant from the Growing Local Economies Fund will enable upgrades of Browning Street, a road extension of Butler Street with two new roundabouts, and a level rail crossing to link the Browning and Butler Street extensions.

Deputy Premier and Minister for Regional NSW John Barilaro said the project is one of seven new projects that will receive Growing Local Economies Fund grants this month, to kick-start or reignite regional NSW economies.

“Tourism is the life-blood of Byron Bay and the Northern Rivers Region and this funding will bring countless benefits for contractors in the short term with further growth for businesses in the region in the long-term,” Mr Barilaro said.

In addition, the proposed location for the new Byron Bay bus interchange has also been announced today as the old water tower site on Butler Street.

Mr Franklin said the old steam train site on Butler Street will be transformed into a modern transport hub thanks to the NSW Government’s Transport Access Program, an initiative to deliver safe, modern and accessible public transport infrastructure across the state.

It will feature three dedicated coach bays, a layover for mini buses, amenities, pedestrian access to the town centre, and landscaping with plants suitable for the local area.

“The new location is only a stone’s throw away from the heart of the town centre, which will make it easier and safer for customers to get access,” Mr Franklin said.

“We will also carry out work to stabilise and preserve the old water tower which is a major feature of the site. The water tower has huge historical significance to the railway history of the area.”

Mr Franklin said the location was chosen after months of investigation and working with the local council.

“As part of the process, an application has been submitted to the Office of Environment and Heritage for approval and the community will be able to provide feedback when it is placed on public exhibition. The proposal can also be viewed at the Byron Shire Council offices,” said Mr Franklin. 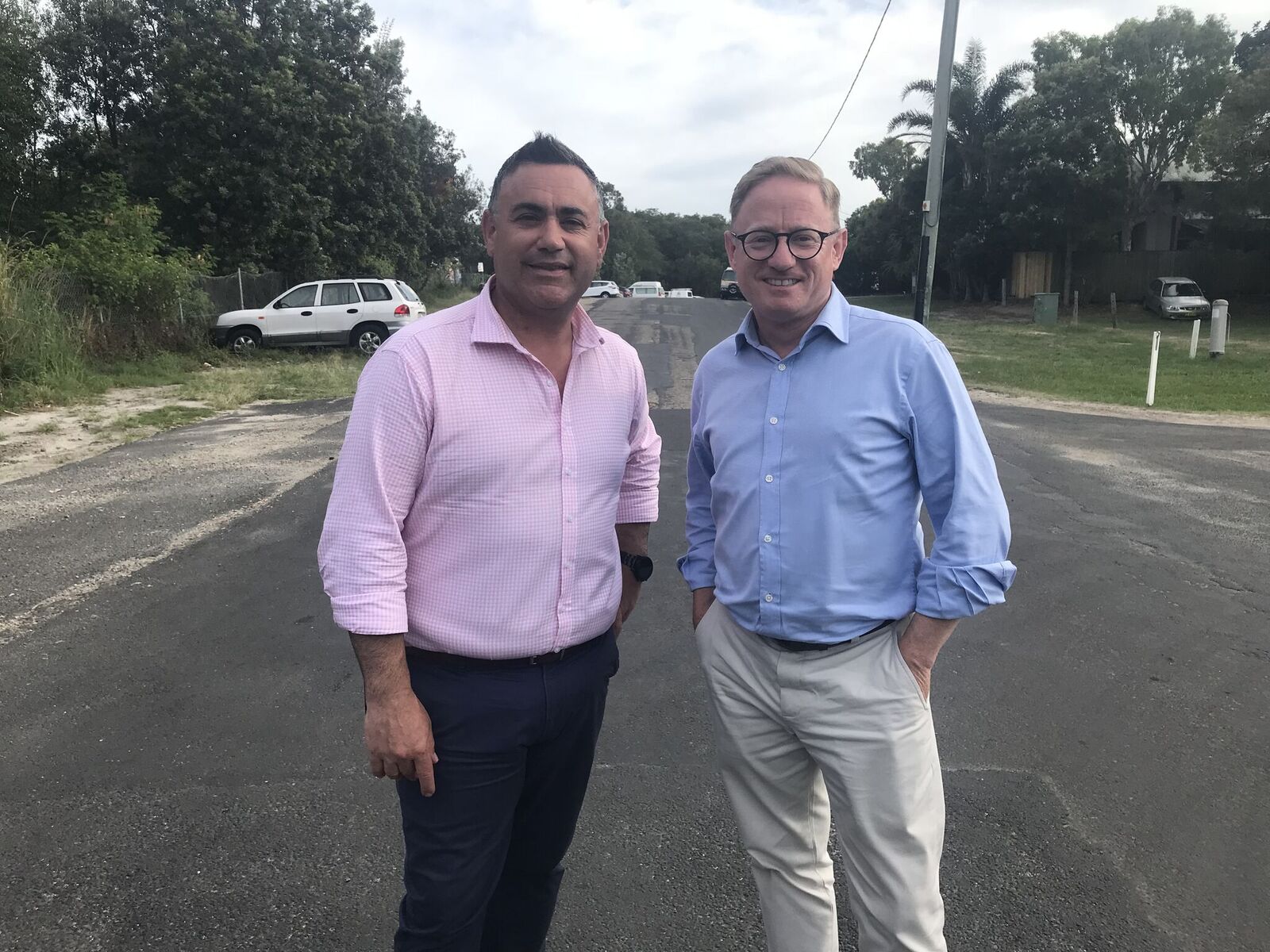