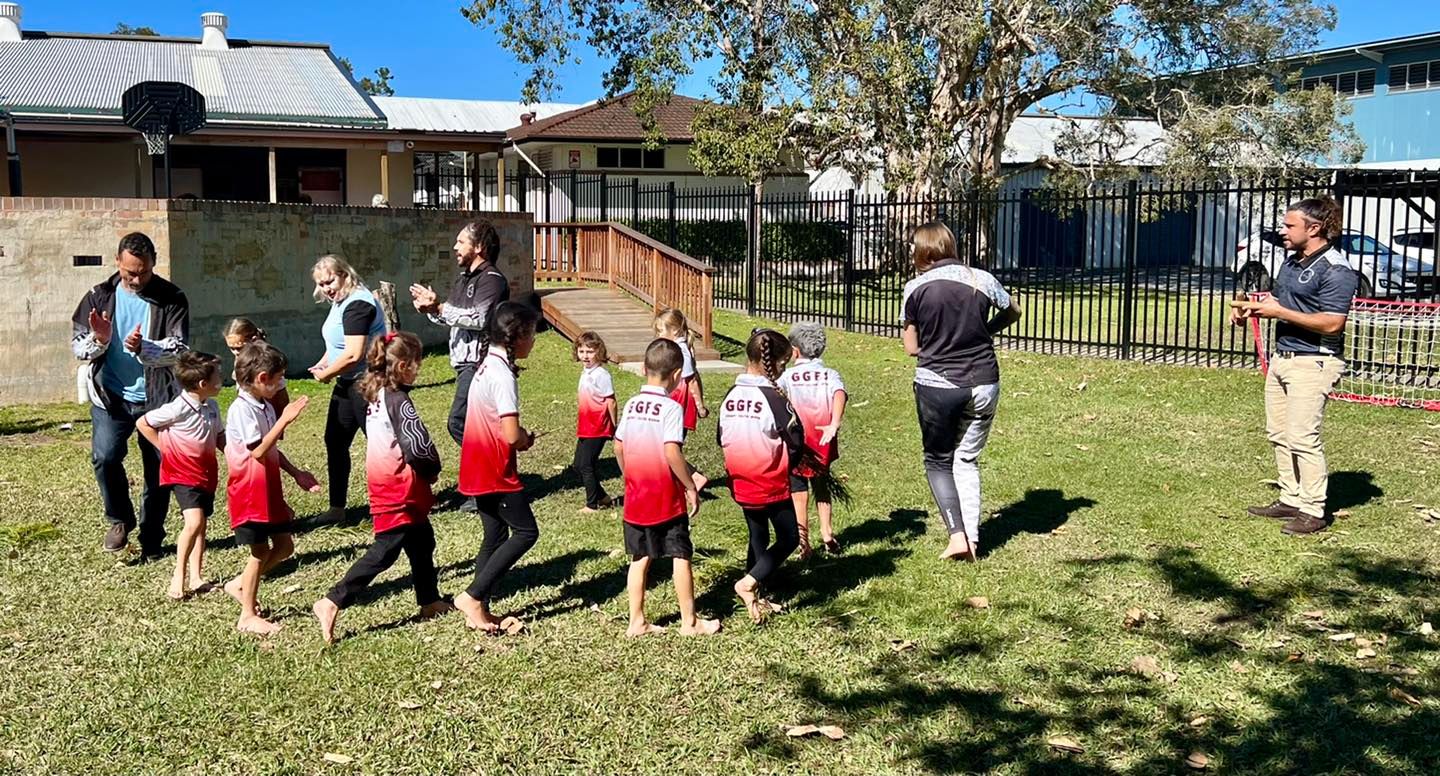 Ms Mitchell said she was thrilled to see the wonderful work the school does teaching Gumbaynggirr language.

“The partnership helps strengthen Gumbaynggirr language and community, increasing the number of qualified teachers who can teach Gumbaynggirr Language from one to four,” Ms Mitchell said.

Mr Franklin said this new pilot partnership with the Bularri Muurlay Nyanggan Aboriginal Corporation (BMANAC) will allow cadets to undertake their study while working full-time at the Freedom School as language/learning support officers.

“I’m proud to see this funding support Aboriginal community-controlled organisations and widen knowledge sharing and learning across NSW as part of state-based efforts to support the wider use and appreciation of Aboriginal languages,” Mr Franklin said.

“This pilot will be invaluable for on the ground Community input and will support Communities in their efforts to determine and control the use, growth and cultural integrity of their Languages.”

“This is a significant achievement for the Gumbaynggirr Language and for the education of Gumbaynggirr children,” said Ms McHugh.

“Reawakening Aboriginal Languages is about giving Aboriginal children their sense of belonging and investing in them for the future.”