Mr Franklin said he was thrilled to see the progress being made on the new bridge over the Richmond River at Broadwater.

“Work has been moving ahead in leaps and bounds. The project is on time and on budget and will deliver locals a safer more reliable journey,” Mr Franklin said.

Mr Anderson said two temporary jetties also were recently completed to enable work to be carried out in and above the water for the new bridge.  These jetties will be removed after marine-based construction is complete, which is expected to be around the end of the year.

“Piling to create a solid foundation for the new bridge is also well under way with all land based piling and about 20 per cent of marine piling completed for the 61 bridge supports being installed,” Mr Anderson said.

The new bridge across the Richmond River at Broadwater will open to traffic by 2020. The Australian and New South Wales governments are jointly funding the Woolgoolga to Ballina upgrade on an 80:20 basis. 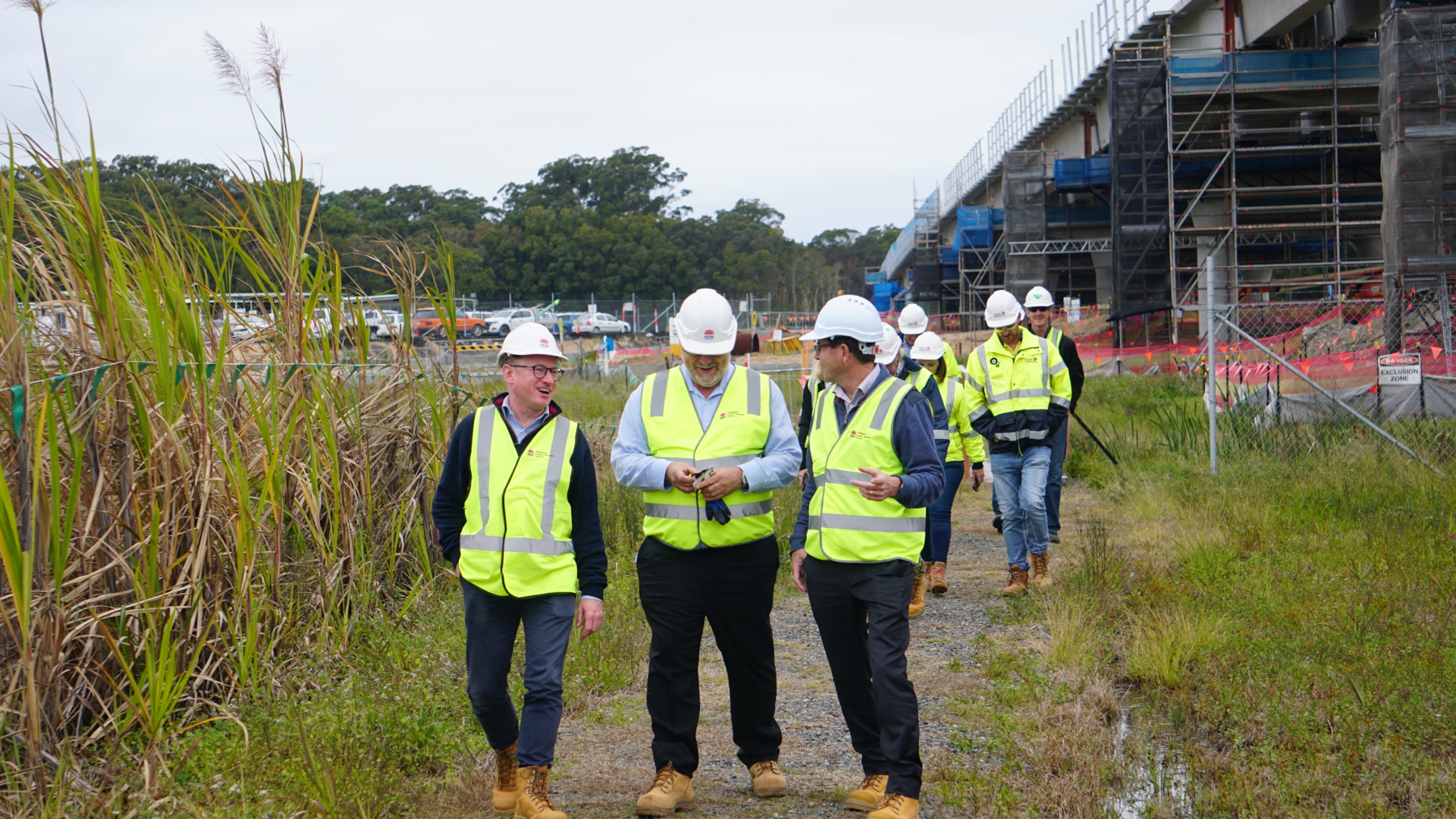