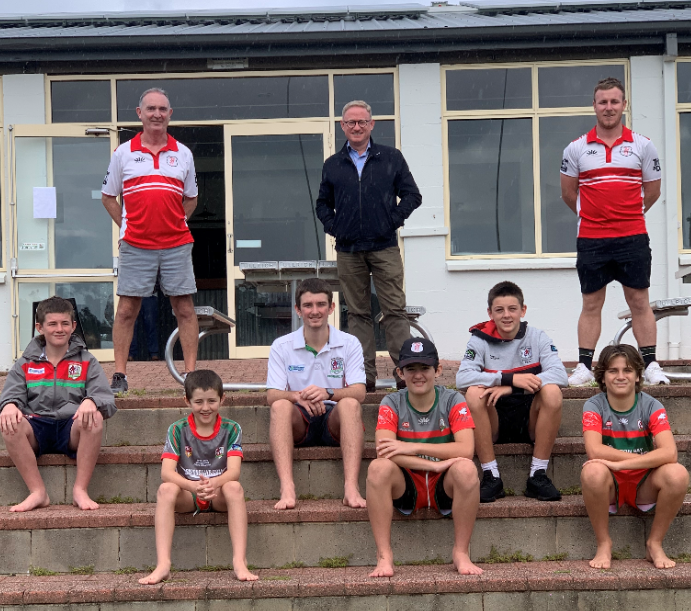 The home of Byron Bay’s Red Devils is getting a facelift, with upgrades to field lighting, improvements to the clubhouse and a series of landscaping measures to improve mobility, safety and the appearance of the Club.

The project will receive $310,017 to undertake the upgrades, thanks to funding from the NSW Government.

Nationals Member of the Legislative Council Ben Franklin said sport plays a key role in the community and the upgrades to club would make it even more enticing to watch, play and enjoy the games.

“Sport has always been a meaningful way to bring communities together and support our local team. The new upgrades will modernise the club, making it safer for all spectators and players,” Mr Franklin said.

“The upgrades will also make the facilities multi-purpose and allow the club to be used by other community groups such local schools, sporting bodies, fitness groups, Indigenous groups, local charities and local businesses.”

The grant will support the upgrade of main and training field lighting with LED Smartlux lights, a new awning cover outside the clubhouse, new concrete paths/paving down to the ground, new paths/paving around the clubhouse for safety, adding downpipes to existing clubhouse and associated landscaping upgrade around club.

“The Byron Bay Red Devils Rugby League Football Club would like to thank the NSW Government for some much needed infrastructure upgrades at Red Devil Park,” Mr Petty said.

“Funds will be spent on new Smartlux LED lighting for the football ground, a new terrace all weather roof structure outside the club and new paving/concreting around the perimeter of the clubhouse. It was a pleasure in having the Hon Ben Franklin MLC supporting such a community based not for profit organisation.”

The NSW Government has announced that community sport can return from 1 July which is great news for all local clubs.